In Variety’s Top 100 telecasts for 2021, Yellowstone features as the only cable show on the list. And while all other major scripted shows – NCIS and The Equalizer – are written by a sizeable writers’ room, Yellowstone springs … In Variety’s Top 100 telecasts for 2021, Yellowstone features as the only cable show on the list. And while all other major scripted shows – NCIS and The Equalizer – are written by a sizeable writers’ room, Yellowstone springs from the MacBook of just 1 guy: Taylor Sheridan.

Given that “Yellowstone” is technically in competition with the enduringly popular “Sunday Night Football” telecast, the fact that the show pulls in more than 7 million viewers in Nielsen’s time-adjusted Live + Same Day ratings — perhaps even appealing to many of the same viewers — is a tremendous feat.

This confirms the key points in Part 1 of this article. I noted that Sheridan is immensely prolific, his work is increasingly popular, and his scripts maintain a high professional standard.

Let’s now look at his power, politics and – potential – progress. With an ever-expanding universe of serial drama, Sheridan has established himself as one of the most powerful screenwriters in the States. Should he put this to good use, he may be in a unique position to help change the politics of a troubled people, and contribute to some badly needed progress.

POWER – Yellowstone going all Lord Of The Rings

In the late nineties, Peter Jackson signed his $180m LOTR deal with New Line. He leveraged part of it to build a massive film infrastructure hub in his hometown of Wellington. In this way, he didn’t just achieve economy of scale; he also escaped the prying eyes of Hollywood.

Now, Taylor Sheridan is taking a leaf out of Jackson’s book. Only, where Jackson bought buildings and SFX machines, Sheridan now owns almost every horse on the screen.

WARNING: spoilers for 1883 and Yellowstone.

Soon after moving back to his native Texas, Sheridan clinched a $150m+ deal with Paramount. Next, with a group of investors, he bought the legendary “6666” ranch. Why would a filmmaker buy a horse and cattle ranch covering an area twice the size of Chicago, at a cost of around $350m? Perhaps because he’s obsessed with horses, and now his toys are tax-deductible…

Or perhaps, 6666 will become Sheridan’s studio lot. Right now, it already serves up western-style EXT-DAY shots, but I could see soundstages added to the mix as Jackson did with Stone Street Studios. And who says 6666 can’t also become a creative hotspot modelled after Jackson’s Park Road Post (or even Lucas’ Skywalker Ranch)? Texas has enough local talent to benefit from such facilities.

In this scenario, Sheridan would become a big player, and consolidate his influence not only as a creative but also as a business mogul. The next question is what he wants to do with all that power.

The heroism in 1883 may conjure the image of a red hot banner reading Make America Great Again. But Sheridan was no fan of #45. Instead, he shows us the positive human values at stake then. His perspective is nobler than the unbridled capitalism, opportunism and antagonism that is the brand of modern Republicans.

If it sounds romantic, it is not naive. Character actions in the Yellowstone universe are earned. You make a mistake and you do penance, before carrying on more wisely. In season 4, Beth and Rip reject Carter before ultimately taking him in; Lloyd attacks Walker, but not without reconciling. The Texans in 1883 first antagonise the immigrants, but then make the compassionate choice to help them out.

And while John Dutton in an early Yellowstone episode says “This is America, we don’t share land here”, I suspect that his mindset won’t survive the show. Second chances, compassion for the underdog, compromise and reconciliation are big themes here. Sheridan doesn’t want to tell you how to think, but his stories are crystal clear about where he stands. He shows us people, a world, and a way of living that many can relate to, regardless of who you vote for. In this universe, the central characters (Kayce in Yellowstone, Mike in Mayor Of Kingstown, Brennan and The Duttons in 1883) model dignified and moral actions, offering an alternative to the cynicism and hatred in many of the critically acclaimed shows full of rich a-holes.

Just don’t harm the family – or you’re off to the train station.

In the words of fellow Texan Mathew McConaughey, Sheridan is an aggressive centrist. His concern for the flyover states was just as clear in his first film Hell Or High Water, as it is today in 1883, Yellowstone or Mayor Of Kingstown. He’ll make sure his stories are palatable for the audience they’re about, and not just to the intellectual elite. This differentiates his work from the likes of e.g. David Simon.

Similar to his central characters, Sheridan tries to build bridges instead of burning them.

And you know what? It’s about time we try this route. Audiences are sick and tired of being lectured to. I love watching Clooney’s work, but what has it achieved? Same for Sorkin: watched by the privileged, worshipped by intellectuals. When has Sorkin ever portrayed ordinary people? Never. Because he doesn’t understand them. And while I enjoyed Don’t Look Up as a piece of entertainment, we all know the amount of change it will bring: exactly nothing.

All these Hollywood hotshots preach to the choir, and along the way blame ordinary folk for their voting choices. It’s interesting that the critics are happy to criticise Don’t Look Up, while at the same time ignoring the alternative right before their eyes.

Sheridan believes he’s being overlooked by the awards and critics because he breaks storytelling rules. I doubt this explains it (although he does break rules – successfully). The real reason: his writing is not fashionable. It lacks the sophistication, the clever and the cool of the Successions of this world. Sheridan has opted for melodrama and heart. Try finding that in the world of Logan Roy. 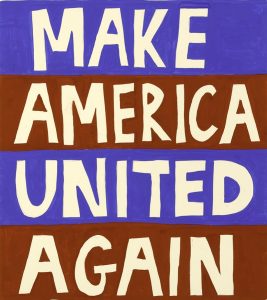 Of course, another explanation for the snubs may be Sheridan’s decision to physically distance himself from the screen production hubs. Perhaps people rather vote for faces they see in the corridors and the street, and for those hanging at the same parties. Of course, it doesn’t matter anyway, because these little statuettes are all about perception. Audiences don’t care for awards or critics. They’ll decide for themselves what’s on the screen next season.

And rather than holding him back, his Texas outpost may well become Sheridan’s superpower.

With names such as Clark Johnson (The Wire, now also Mayor of Kingstown), Terence Winter (Boardwalk Empire, now Kansas City) and Tom Hanks leaking into the Sheridan universe, my guess is that the detractor pundits will soon capitulate.

With more shows added to his line-up, and A-listers to his pantheon, Taylor Sheridan’s name will only become more ubiquitous. And once the Paramount deal runs out, expect to see his work and name everywhere.

I wanted to explore if Sheridan is the most important and influential screenwriter today. Admittedly, he may not be there quite yet, but in terms of output and popularity, he has no match. And as his first decade as a writer is coming to an end, his productivity is only just getting to cruise speed. And the Thoroughbred Sheridan seems to be, there is a lot of mileage left.

More from this author

Why Taylor Sheridan Is The Most Relevant American Screenwriter